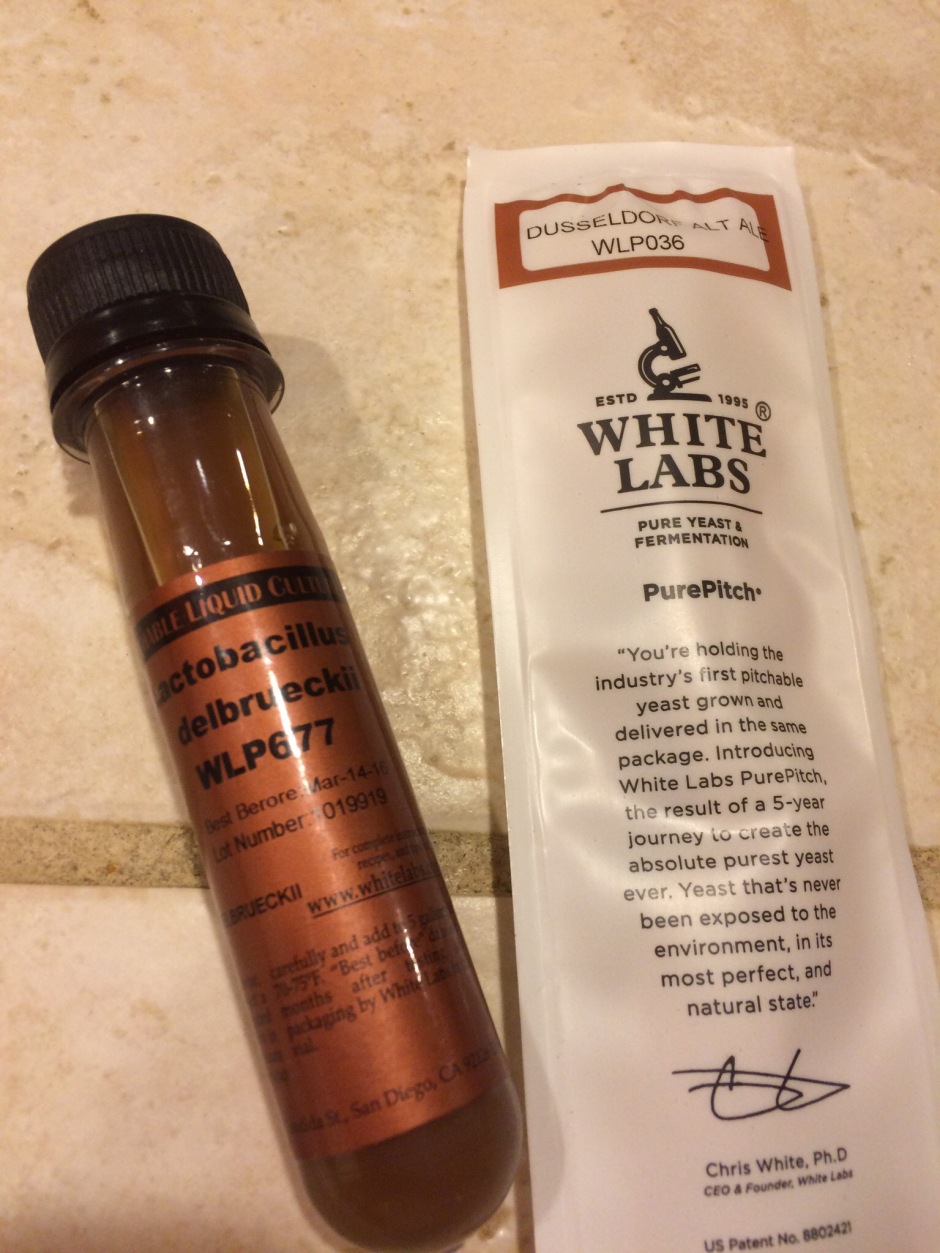 I have always been, and probably always will be, a fan of high gravity beers. After learning to brew, I only wanted to brew the next great dark lord or sucaba. A lot of homebrewers probably go through the same progression as me: learn to brew beer, decide they will brew the biggest most badass beer ever, compromise that their beer was just ok. After a few home brews on a work night while cooking dinner on an empty stomach, I realized I should embrace the delicacy and art of brewing low ABV session beers. I figured that I didn’t need something on tap which is meant for once a week consumption at most. Being able to drink a full pint of something and not start slurring is always a plus!

I’m not really sure how this brew day came about, my wife and I were supposed to be going to a “couple’s shower,” the shower turned into a women only shower as we arrived. Lucky for me the location of the shower was very close to my LHBS, and I was more than happy to waste two hours browsing their selection while enjoying a glass of Bligh’s Barleywine (side note: this year’s Bligh’s is fantastic). Letting me walk around a homebrew store for two hours was probably always going to end with me making beer. Knowing that I wanted to make a beer, a whole brew day was probably out of the question (wife family things), and building my keezer meant I wasn’t setup for another experiment just yet; I settled on a no-boil Berliner Weisse, a style I had no experience making. By chance, the night before, I had read the chapter on historical beers in Stan Hieronymus’s wonderful book Brewing with Wheat: The ‘Wit’ and “Weizen’ of World Wheat Beer Styles  and decided a no-boil, no sparge, Berliner of five gallons could probably be accomplished in about 2.5 hours start to finish. What better session beer than something smaller than most starters? I pulled out my phone and designed a quick recipe for a Berliner that would start at around 1.036, have <5 IBUs, and be fermented first by lactobacillus and then alongside a neutral German yeast. After doing a few searches online regarding no boil I got scared and decided to do a very short boil instead.

WLP036 Dusseldorf Alt Yeast pitched at 66 degrees held for 48 hours raised to 72 one degree per 6 hours.

The day before brewing I purchased my grains and bacteria and headed home very excited.

The morning of brewing I woke up early, adjusted my water and mashed in for the short protein rest at 130, slightly overshooting my temp.

While the protein rest was happening, I boiled the remainder of my full batch volume and infused that, nearly hitting the target temp of 152. I added lactic acid as directed by Bru’n water but didn’t measure ph since this wasn’t for an experiment and I’m lazy.

After one hour total I lautered the wort from the mash and began to boil.

A short 15 min later I had cleaned the MLT and was ready to chill the wort.

The small volume of wort was chilled very quickly and transferred to a 6 gallon PET carboy.

The actual O.G.was 1.034 as shown on my poorly calibrated hydrometer.

The wort was placed in my new fermentation fridge and set to 75, I had actually over cooled the wort and needed 45 min to raise up from 65 degrees. Once at 75 the WLP677 vial was pitched. My brew day clocked in at just under three hours start to finish, it would have been even faster if not for a stuck lauter that I didn’t notice for a while. I am quite proud of the efficiency achieved on this quick brew day! 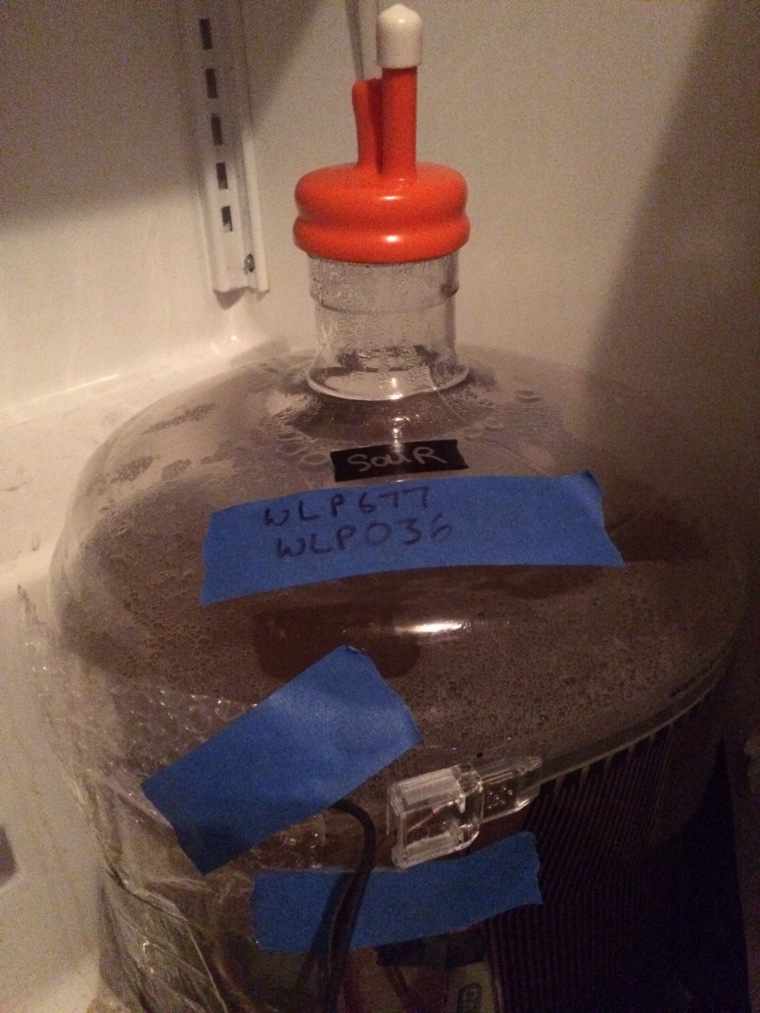 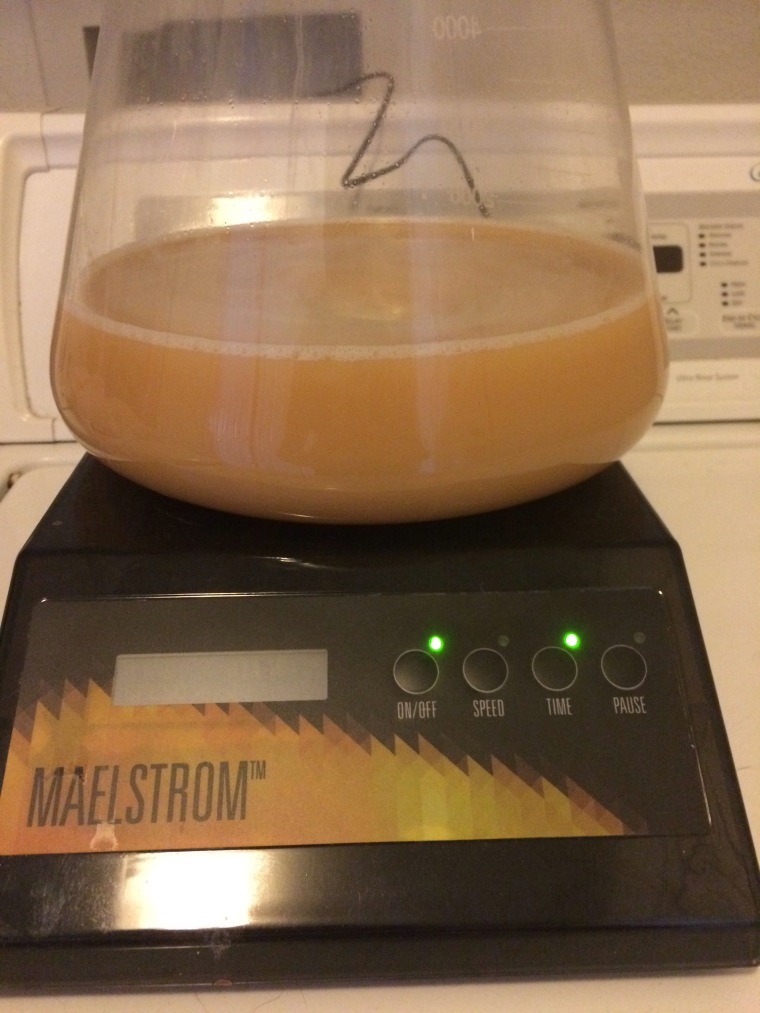 After 24 hours of just lactobacillus some WLP036 was pitched overbuilding enough to save for a future brew. 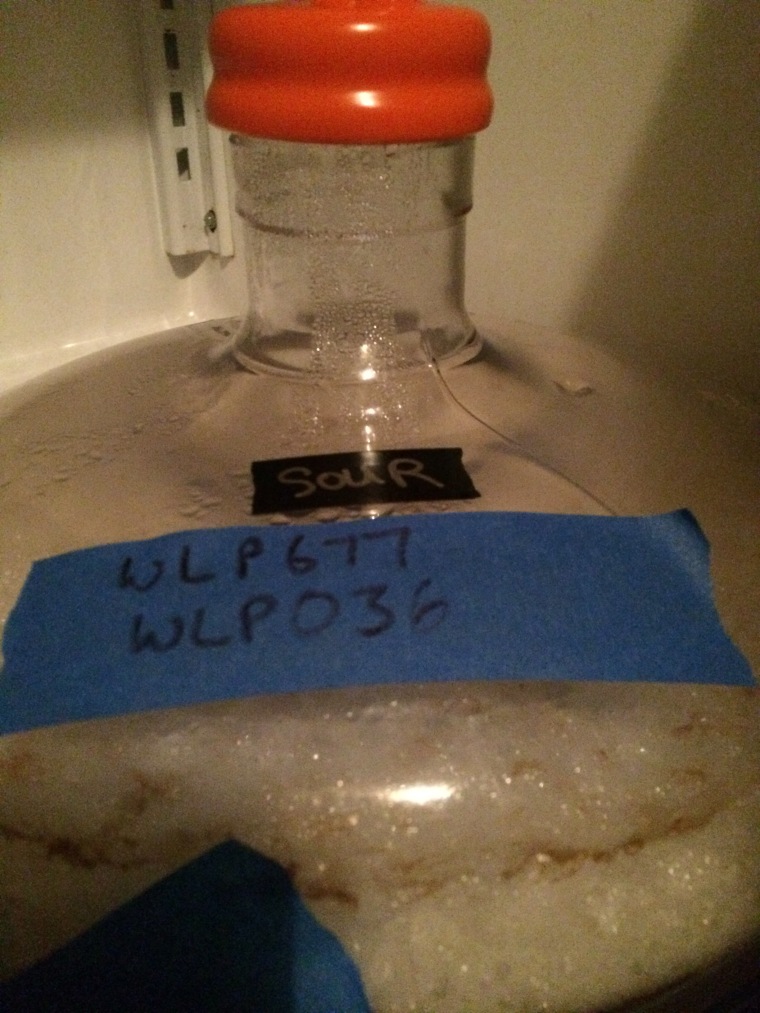 Gravity 1.007, ph 3.75, wish it was a little lower but oh well, 72 hours post pitch. The sample was fantastic, nice tart smell, really great  lactic bite at the end of the sip.

The gravity and ph were the same when measured three days later and the beer was was kegged. Six days separated this beer from grains to glass. While the ph didn’t get as low as I had hoped, the yeast slurry was harvested and will be reused in the future. I have read anecdotes of commercial Brewers not getting low ph or high tartness on the first Berliner of the year as the lactobacillus acclimates itself to working alongside the neutral ale yeast.

Mouthfeel: Light almost watery if it wasn’t for the high carbonation.

Overall: I fucking love this beer. I spent three hours making a beer that I was consuming in six days and it had more flavor than many “big” beers I’ve made. As noted by the ph, this beer certainly isn’t as tart as I’d like, but for what it was, I’ll take it. If I were to do this again I’d let the lacto sit for two days at 75-90 degrees. 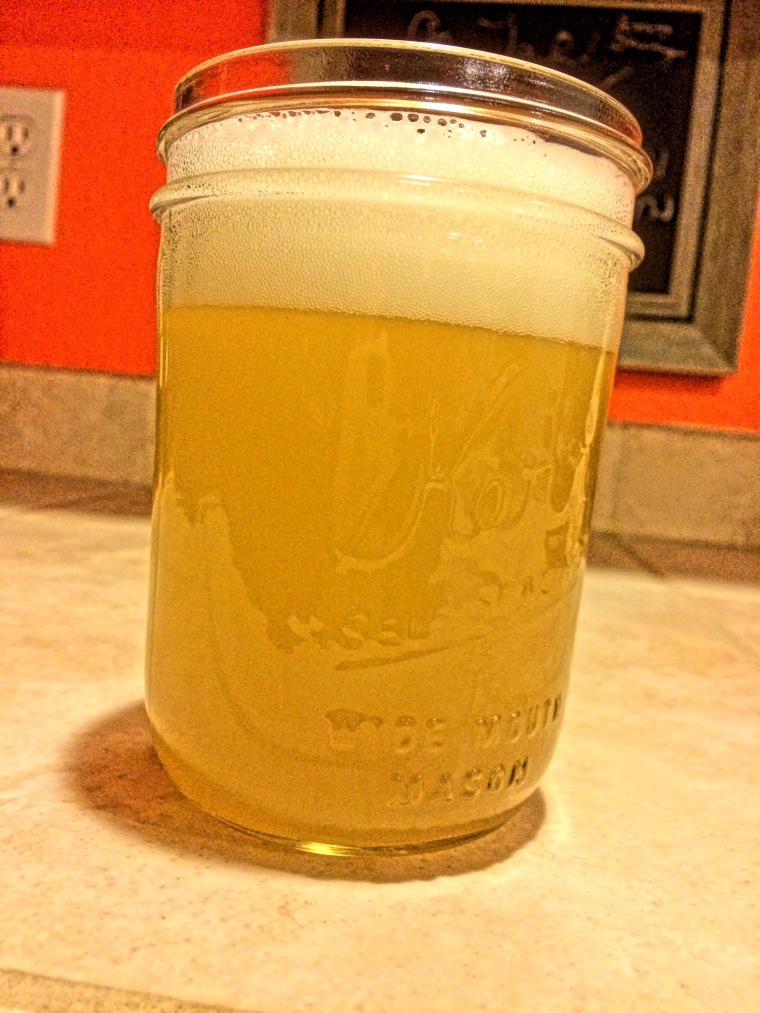 Final Thoughts: This brew reminded me just how great homebrewing can be. This beer was a spontaneous recipe, an adventurous style that I had no experience making, and a great short brew day! As a homebrewer, I think it’s easy to fall into the trap of accidentally making brewing a chore instead of a passionate hobby. Having a short, fun brew day every once in a while, regardless of the outcome of the beer, helps remind us why we started brewing in the first place. In my mind, in the LHBS, buying these ingredients, the ending beer was going to taste super tart and fantastic. Even though that didn’t happen exactly the way I envisioned, oh well it was great experience and I’ve learned a bit more from it! Best of all, I have five gallons of a beer I can drink a gallon of and still feel ok 🙂

What’s your best spontaneous brew day? Did the resulting beer taste anything like you imagined?

Cheers! As always feel free to email me with comparison ideas or thoughts.